Remote working is an option that has been offered by more and more small businesses in recent years despite bosses harbouring some concerns regarding the productivity of home workers. Well now it seems employees should actually be checking that their telecommuters do not become overloaded.

Advances in remote working technologies, mobile data services and faster broadband connections have all enabled workers to operate successfully from home, remaining in contact with colleagues  via networked computers and video conferencing. The big question has always been how easily employees can motivate themselves outside the work environment.

Microsoft knows that studies have found people who telecommute to be more productive and has produced an infographic to prove it. Click to enlarge the artwork below and discover four surprising facts about telecommuting, which may inspire you to reassess your own remote working policies. 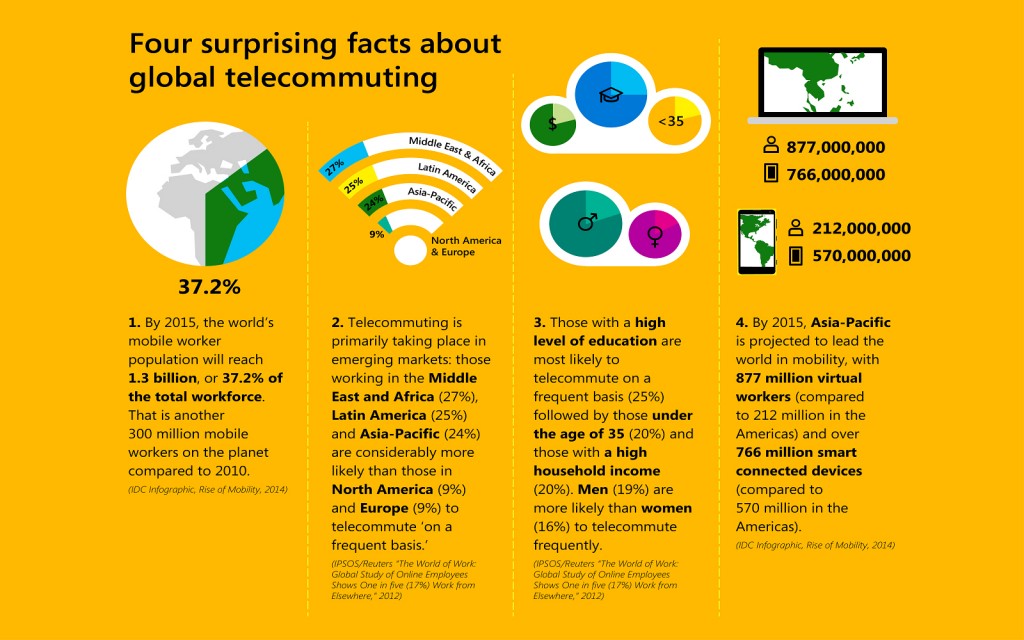 Workers with a high level of education are the most likely type of person to telecommute, with a quarter of these people choosing to work from home. Perhaps unsurprisingly, younger employees are more keen on becoming mobile workers, as a fifth of under 35s currently telecommute. Moreover, a fifth of workers with a high household income also choose to stay at home, rather than come into the office every day.